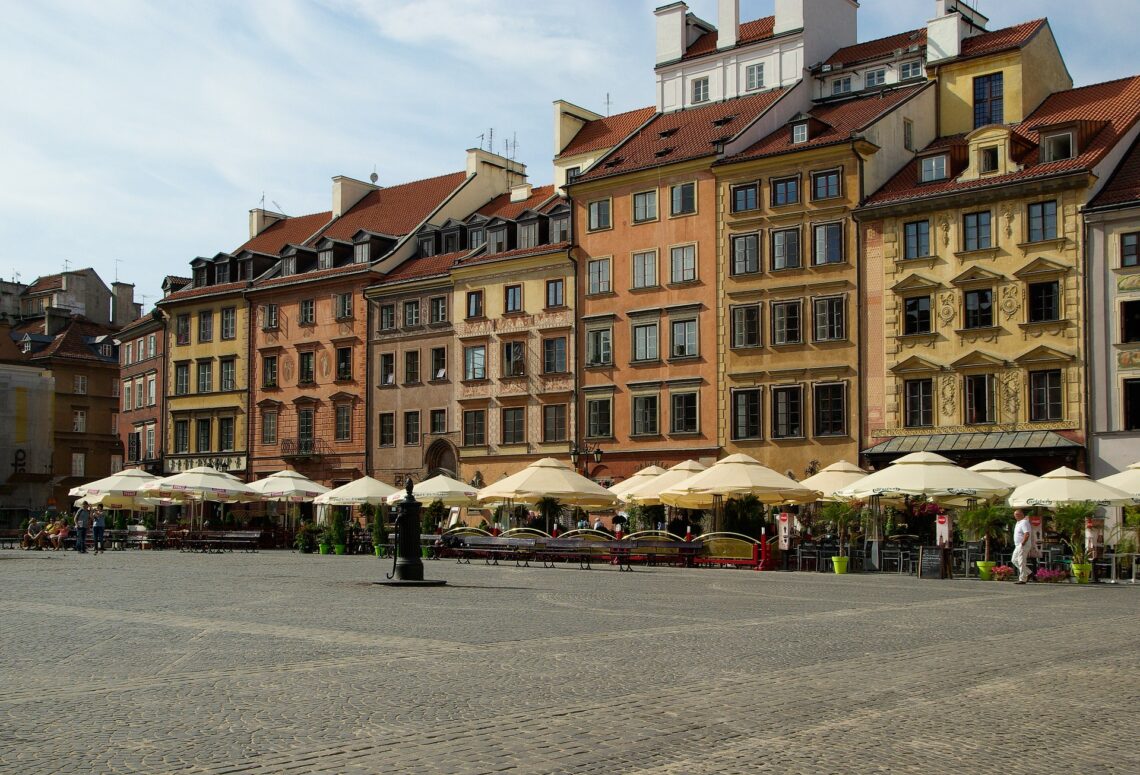 Warsaw’s Old Town is a fascinating travel destination. Take a break from the stress of city life; this quaint district never ceases to amaze visitors with its ever-busy squares, serene alleyways, great attractions, and rich history. The town square plays host to events, festivals and open-air galleries during the summer months.

The Old Town is unarguably the most scenic part in Warsaw. No talks about Poland’s history would be complete without mentioning the significant role of Warsaw’s Old Town. Ever since its existence, the area has been bustling with cultural life, and it has continued to do so even till this present day. Visit this lovely district to explore the best palaces, attractions, monuments, and inspiring museums that call Warsaw home.

One of the major draws to Old Town in Warsaw is its history. The historical center of Warsaw was destroyed by spite but fully restored to what it is today by pride. To grasp the role of Warsaw’s Old Town in Poland’s history, it is expedient that we take a few steps back in time to the Second World War.

Before its destruction, the Old Town was brimming with an array of buildings and architecture that tells the story of the city. Some of the buildings that will definitely catch the eye of every visitor include the beautifully designed Guild Hall and the Town Hall as well as the Castel Square.

Unfortunately, Warsaw was the worst hit of the cities in Poland during WWII. In 1944, the Polish resistance engaged the Nazi occupiers in a fierce battle, popularly known as the Warsaw Uprising. The resistance succeeded in destroying the Germans, killing thousands of them. In the act of revenge, the Nazis destroyed Warsaw, razing the Old Town to its foundation.

Of course, many cities counted their loss during the Second World War due to attacks. In this case, it was unique. Adolf Hitler personally ordered that the city be brought to the grounds. Nearly 90% of the city was destroyed.

With sheer determination, the Poles rebuilt the city to its original look, removing every possible sign of damage.

The Old Town is home to plenty of sights to see. Exploring the area on foot helps you appreciate the city’s charm and beauty as you go. Here are some of the top spots that shouldn’t be missed while exploring the city’s Old Town

Locally known as Rynek Starego Miasta, Old Town Market Square was the center of Warsaw’s public life. It also served as a vibrant trade center and played host to some of the city’s political speeches and public executions.

Today, it is filled with beautiful buildings, cafes, and restaurants that are extremely popular with locals and tourists alike. Horse-drawn carriages passing through the square gives visitors a glimpse of how life was back in the days.

Once on the market square, you can explore other top attractions, including Adam Mickiewicz Museum of Literature, Warsaw Mermaid, History Museum, and Basilisk House. 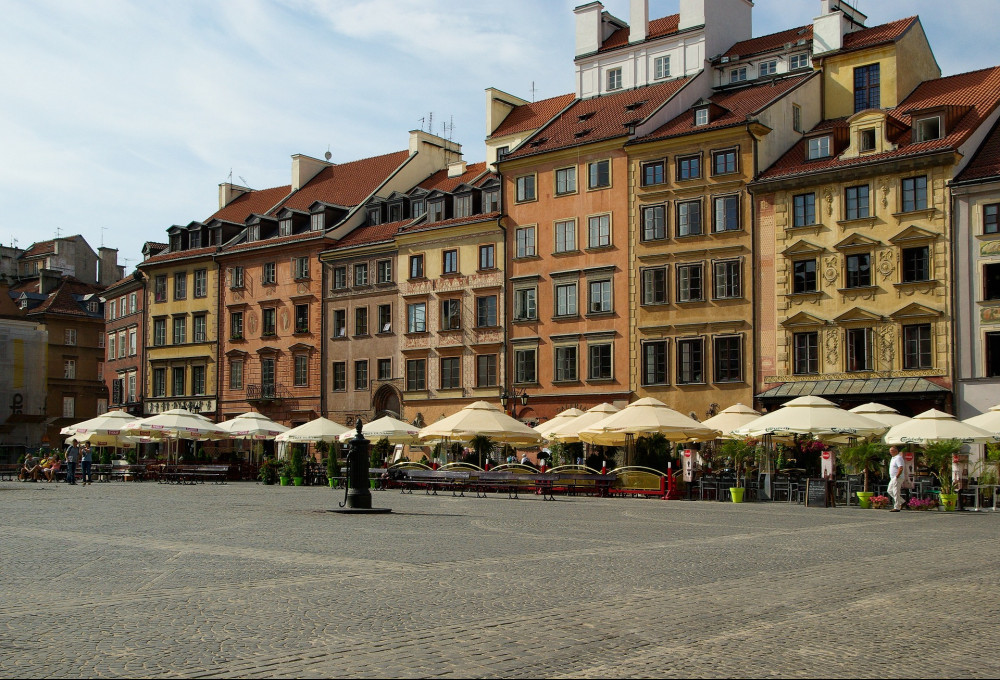 Completely destroyed during the WWII, the Royal Castle you see today was rebuilt in the 1980s. Before the Second World War, the castle served as a royal residence between the 16th and 18th centuries. The castle today offers tours and is home to a museum with an extensive collection of artworks. A tour of the Royal Castle takes you on a roller coaster ride to the era of Stanislaw August, Poniatowski, Poland’s last king. Also, the castle hosts concerts, lectures, and film screening to the delight of guests. 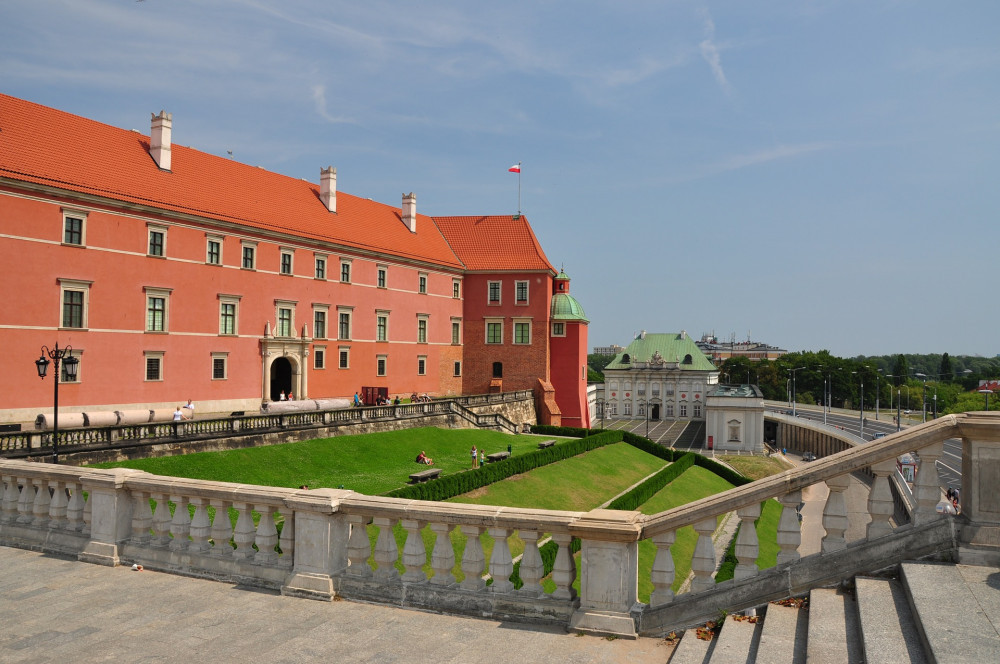 Want to learn more about Warsaw’s past and history? This is the place to be. The Historical Museum of Warsaw highlights the city’s culture, art, and history. The exhibits are meticulously displayed. The museum has over 300,000 collections, including rare items from the Second World War and the 1944 Warsaw Uprising. All of the items on display are original.

Adam Mickiewicz is a Polish poet, political activist, and considered by many as the most important artist of Polish Romanticism. The museum was opened to the public to celebrate his 150th birthday. If you love Polish literature and would like to explore more, visit this museum. It takes you through the life of this Poland’s greatest writer and poet. Here you will find manuscripts, portraits, and other valuable items belonging to Mickiewicz.

St John’s the Baptist is not just the leading religious site in Old Town but also one of Warsaw’s oldest churches, drawing visitors from far and near. Initially built in the late 14th century, the church was severely damaged during WWII. It has undergone a series of renovation to restore its original look based on drawings and illustrations of the previously damaged Arch-cathedral.

Before the destruction, the church was used as a place for the coronation of many Polish Kings and Queens as well as the resting place of many famous poles. This Roman Catholic Church played a significant role in Polish history as well.

Built-in the 17th century, Sigismund’s Column is a monument to King Sigismund III, who made a decree in 1956 to move the capital city of Poland to Warsaw. Standing at 72 feet tall, the column holds a bronze sculpture of the king, dressed in his armor. He holds a large cross in one hand and a sword on the other. This symbolizes his readiness to protect the city no matter the cost. However, the original column was destroyed during the German invasion and rebuilt after it ended. 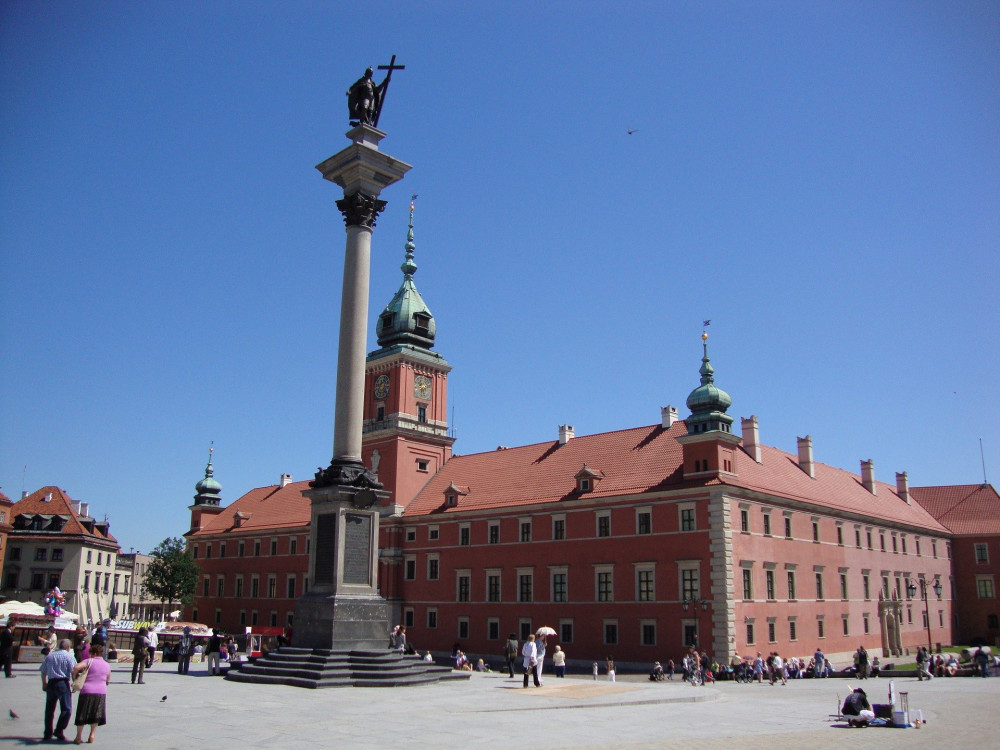 The buildings and everything you see in Warsaw today was mostly rebuilt after the Second World War. The reason the Old Town is so significant is not that its old, but more precisely because it’s new. Visiting Warsaw’s Old Town is a must for everyone, but that doesn’t mean you should stop there. There are plenty of more exciting sights and sounds to see in Poland’s capital.

World Nomads – If you’re going for a trip abroad, it’s good to have travel insurance in case something goes wrong.

NordVPN – With NordVPN you can securely access apps, websites, and entertainment platforms from anywhere in the world. 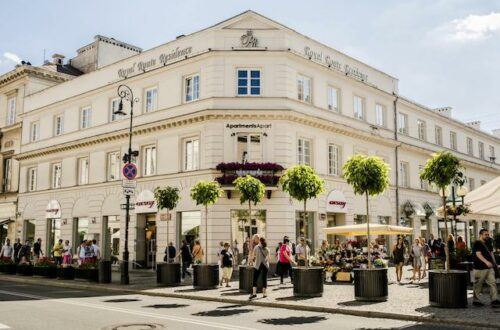 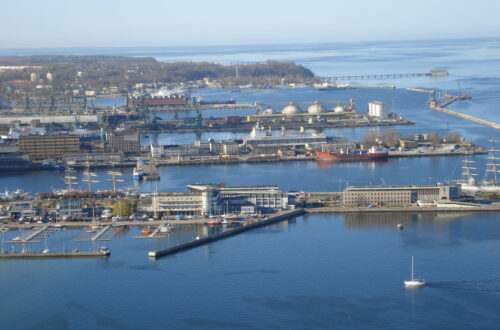 Top Things To Do in Gdynia