The truth is, no Poland itinerary is complete without visiting Warsaw. Given the number of things to see and do here, visiting the capital city of Poland promises to be fun and exciting. Whether you’re a classical music freak, visual art enthusiast, lover of science, or history buff, has it all.

Among the tourist attractions in , Old Town, with its lovely castles, religious sites, and royal home, is not to be missed. Before leaving for , check out this comprehensive guide to the top spots in the city to make the best of your trip to the city.

Proclaimed a World Heritage Site by UNESCO, ’s Old Town is a place not to be missed. This area is a perfect example of reincarnation. What makes the Old Town quite popular is the Old Town Market Square, guarded by the mermaid.

The area was completely shattered by bombs in Second World War. Following the war, the market square has been completely rebuilt to its pre-war conditions. One of the major reasons why tourists flock to this part of is that it is surrounded by restaurants, cafes, bars, and shops.

So if you’re looking for a perfect spot to sample Polish cuisine, including stuffed cabbage leaves and grilled mutton, make sure you visit ’s Old Town. This spot is also a hotbed for stunning architectures. Attractions worth checking out here include King Sigismund’s Column, the Jesuit Church, and St John the Baptists Cathedral. 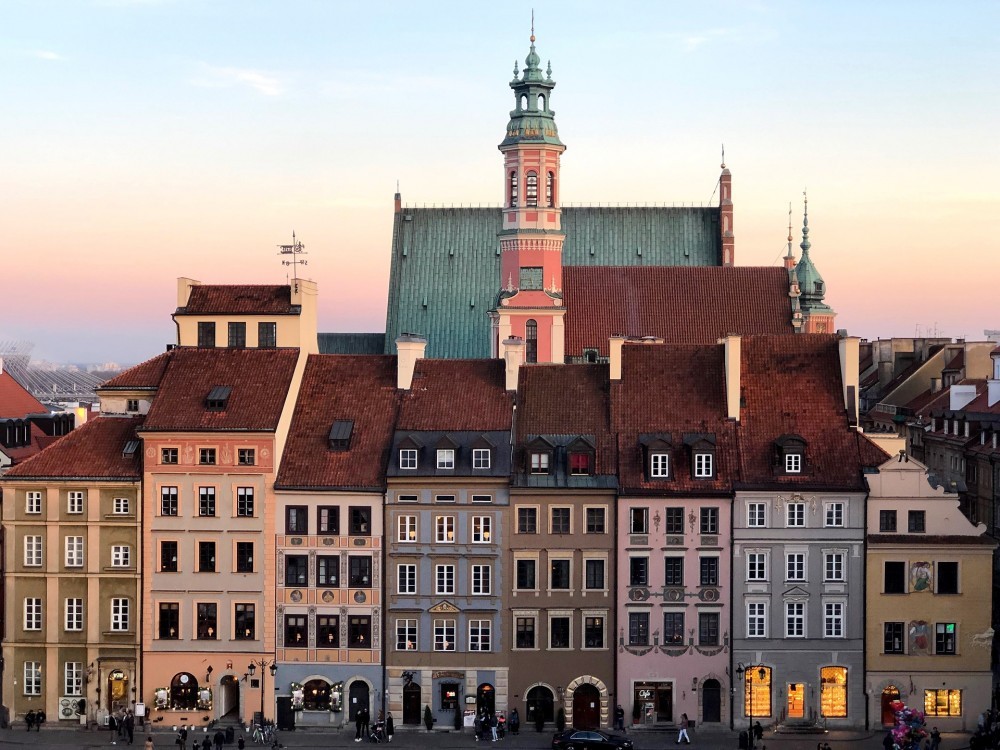 The Wilanow Palace is one of the few landmarks to survive the catastrophic destruction meted on during the second world war. It is well worth a visit as there are plenty of things to see and do here. This grand palace is unarguably the most famous building in , featuring a perfect combination of Baroque and Neo-classical styles.

History buffs will have a swell time exploring the palace. Originally built as an open manor house, the property got its stunning look when King Jan III took ownership of the building, transforming it into beautiful villas. After the death of the king, the villas were allocated to private families who, in turn, change the looks of the building to their individual taste.

Take a tour of the Grand Dining Room, the Gallery of Polish Portraits, and of course, Grand Entrance Hall. Hence, the reason why the palace is filled with unique designs.

This significant landmark gives a perfect picture of what was like before the 18th century. Today, it has been transformed into a museum filled with sculptures, paintings, and many artistic designs. The royal palace is a major hosting ground for big events and festivals in the city. 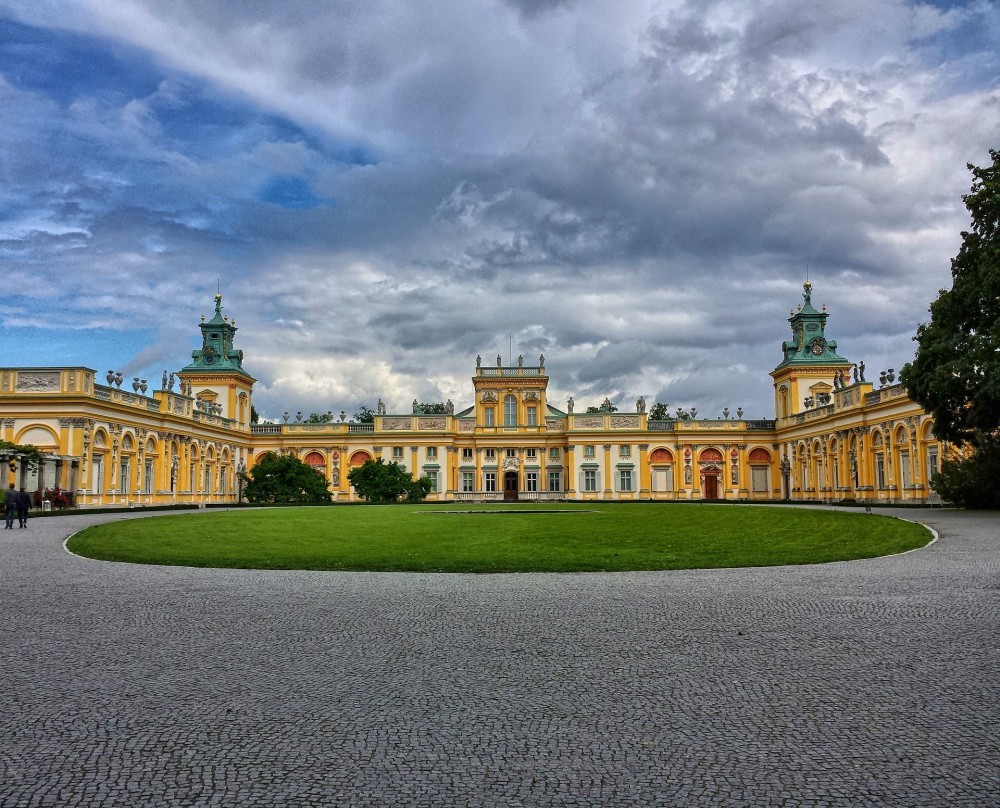 Not only is this the largest park in but also one with the most striking beauty. When it comes to city parks, Lazienki is truly a gem. It is easy to see why locals in just can’t get enough of this great green space.

Wandering through the park is indeed a real treat. Escape the stress of city life and enjoy serenity at its best here. Lazienki competes favorably with other top parks in the world. It has everything virtually to make it to the top of the list of world-class parks.

From its central lake and stately residences to an amphitheater and space wide enough to host popular concerts, Lazienki has plenty to offer. You might even come across elegant peacocks as you wander through the park. Even on crowded days, finding a quiet spot is easy. That’s the beauty of Lazeinki Park. 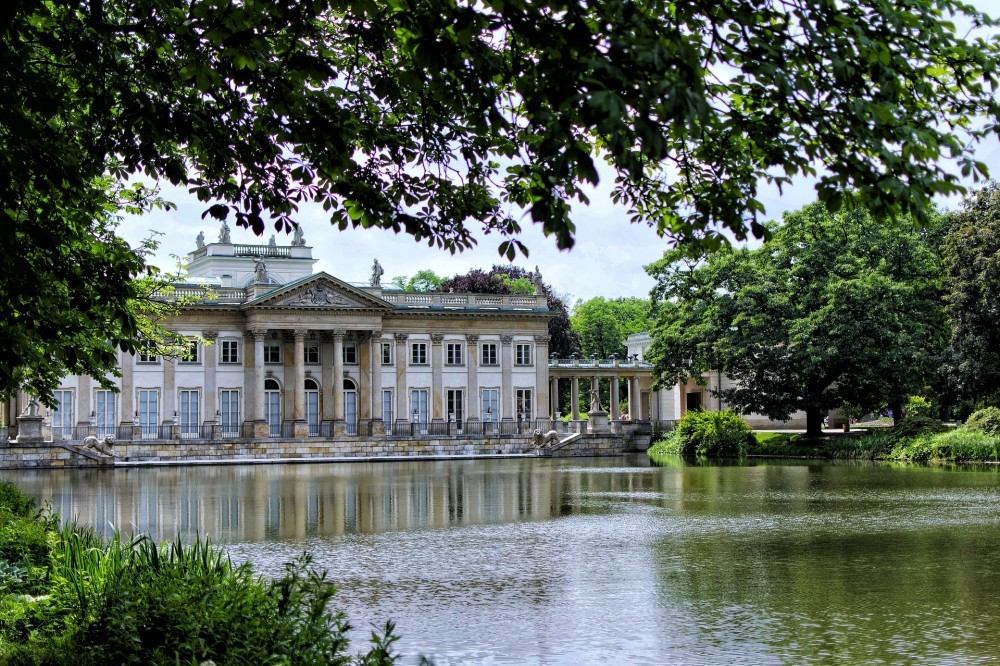 4. POLIN Museum of the History of Polish Jews

Opened to the public in 2013, the POLIN Museum of the History of Polish Jews is a must-see. Before the beginning of WWII, Poland has a population of more than 3 million Jewish descendants. While many Jewish museums across the world only talk about the cruelty the Jews had to endure, POLIN celebrates the positive impact of the Jews in Poland.

With the aid of an interactive tool, visitors can learn more about the rich history of the Jews, with chronicles from the first settlements to this present day. Equally impressive is the fact that visitors are treated to a nice traditional Jewish cuisine. Basically, the museum is designed to enlighten further visitors about the rich history and culture of the Jewish people who called Poland home. 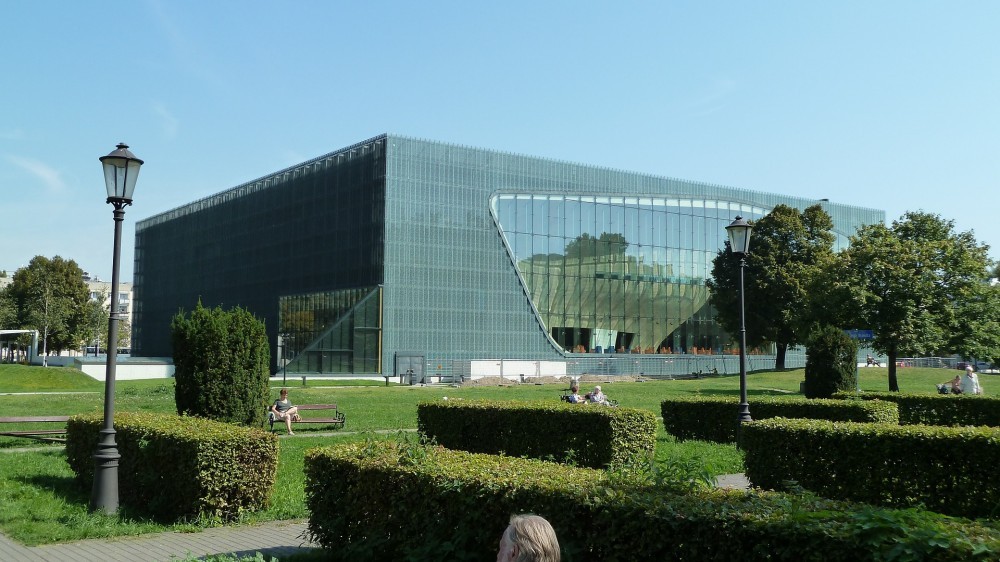 The Royal Castle in is well worth a visit. The castle served as a residence to Polish rulers for many years. A walk through this 17th-century royal residence will leave you with unforgettable travel memories.

In the Royal, Apartments are pictures of King Stanislaw Augustus Poniatowski. Here, you’ll also find beautiful paintings and artworks steeped in history. Even if you don’t like history, the intricate designs of the castle are more than enough to intrigue you. Guides are available to take you through the length and breadth of the castle. 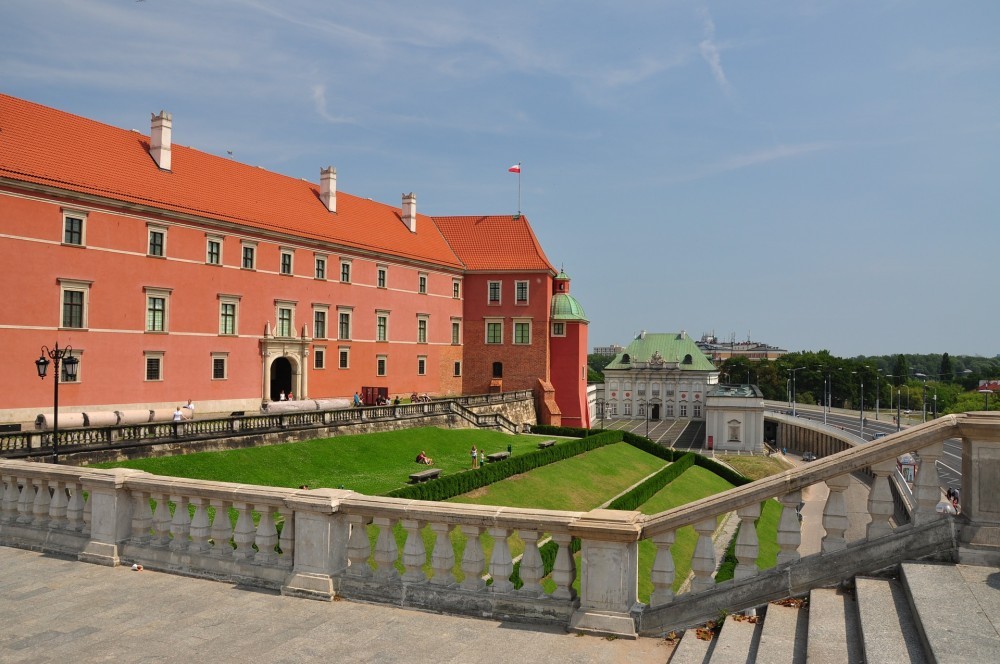 A walk along the cobbles on Krawkowskie Przedmiescie is a great way to learn about the rich history of . In its early days, the street serves as a trade route.

This is your best chance to explore the majestic atmosphere of Royal . Its location at the end of the Royal Route brings you closer to other top spots, including the Presidential Palace and University, as well as Baroque churches. Stretching just a mile long, Krawkowskie Przedmiescie is one of the most elegant streets in .

Looking for something different than checking out artifacts and paintings in a museum or taking a leisure stroll along Krakowskie Przedmiescie, or relaxing in the parks? A visit to the Copernicus Science Center is all that you need.

Copernicus is one of Poland’s leading scientists and mathematicians. After a series of research, Copernicus discovered that the earth revolves around the sun, contrary to popular belief that it was the other way round.

Copernicus Science Center was built to commemorate his great works on earth. Here you’ll find a planetarium exhibit where you can learn a lot about outer space and its impact on lives.

Make sure you attend one of the lectures by a knowledgeable scientist. However, the major drawback of this class is that it’s presented in the Polish language. So if you understand Polish, attending the class is a big plus.

With more than 450 interactive exhibitions, Copernicus Science Center is the largest science center in Poland. Visit the scientific research center to see how experts meddle with the laws of physics. 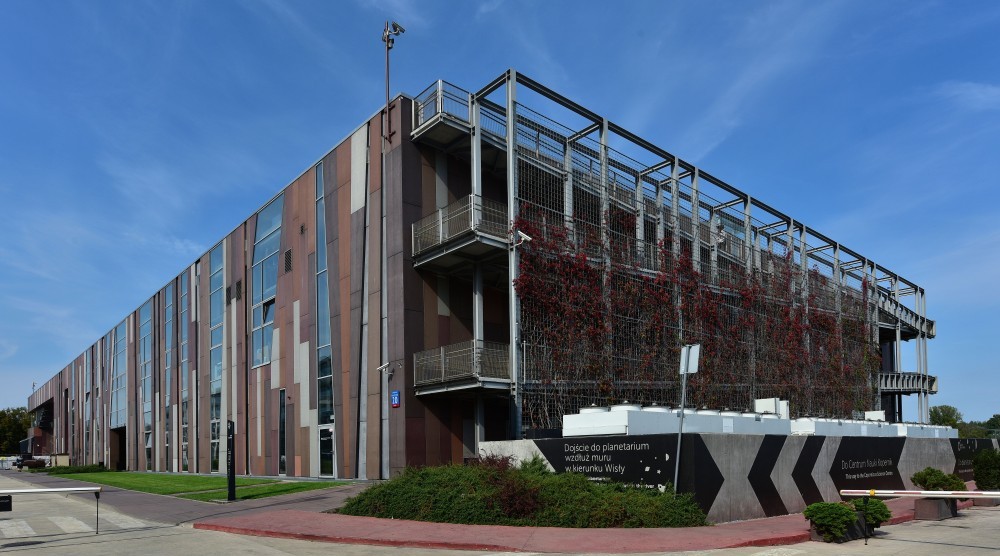 Nowy Swiat, which translates as New World Street, doesn’t meet up to the standard of its name at first glance. In the 16th century, Nowy Swiat served at the only route to the many castles, villages, and palaces in .

As development creeps in, the street had a facelift. In the present day, Nowy Swiat is now littered with neoclassical buildings. Luckily, the area escaped destruction during the second world war.

This is the place where old meets new. Here you’ll find some of the best shops and eating establishments in . Treat yourself to a great cup of finely brewed coffee in one of the many cafes in Foksal Street. 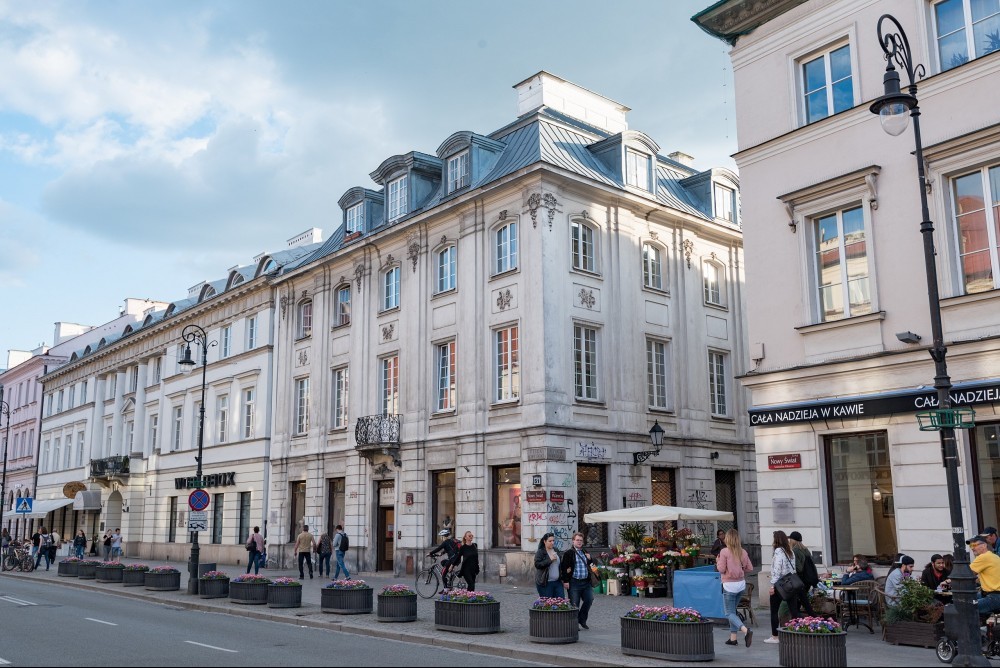 Warsaw is home to loads of top-drawer museums, no doubt, and this is just one of them. Located inside the Baroque Ostrogski Palace, Chopin Museum is dubbed Europe’s most modern biographical museum. The museum features four floors, each showcasing the stunning work of a well known Polish musician and composer, Fryderyk Chopin.

Renovated to mark his post humus 200th birthday in 2010, the museum caters to not just Fryderyk’s fans but also those interested in learning more about the life of this great Polish composer. The museum contains exhibits that tell you about Chopin’s life on earth.

Some of the exhibits include Chopin’s school books, wristwatch, and hair, just to name a few. In the basement is a listening library where you get to listen to Chopin’s music till you’re satisfied. This museum appeals to virtually everyone, including the hardcore and those with little interest in music. 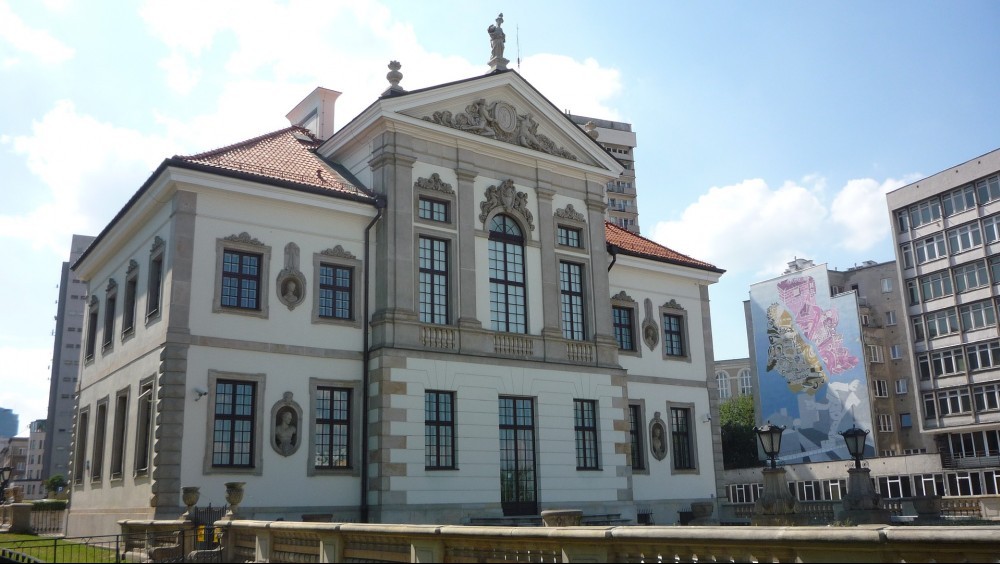 Built-in honor of the Uprising of 1944- an event that highlighted the struggles of the people against the Nazis, Rising Museum gives a full account of all that transpired at the time. No other rebellion in Poland beats this event.

Many people lost their lives, and lots of properties destroyed. Today, it’s significance remained etched in the heart of many. Featuring video, photographs, and audio exhibitions, this gem takes you back in time to the most traumatic event in Poland.

The museum is well detailed. Check out the before and after photos that depict how was transformed from rubble to a dynamic capital city in Europe. 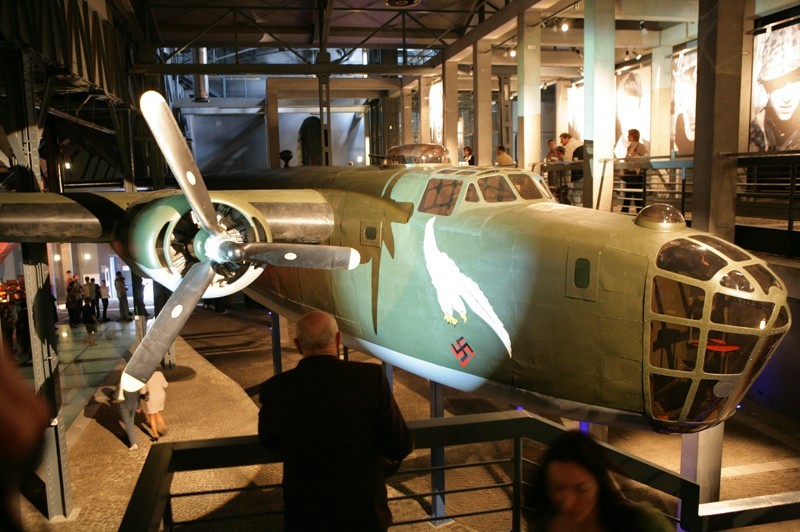 Warsaw is a destination that never disappoints. If you find interest in any of these attractions in , do not hesitate to check it out.

Book Your Stay in Warsaw 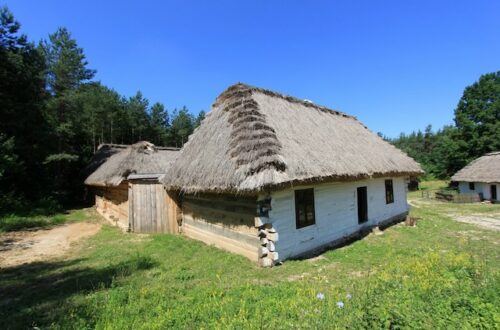 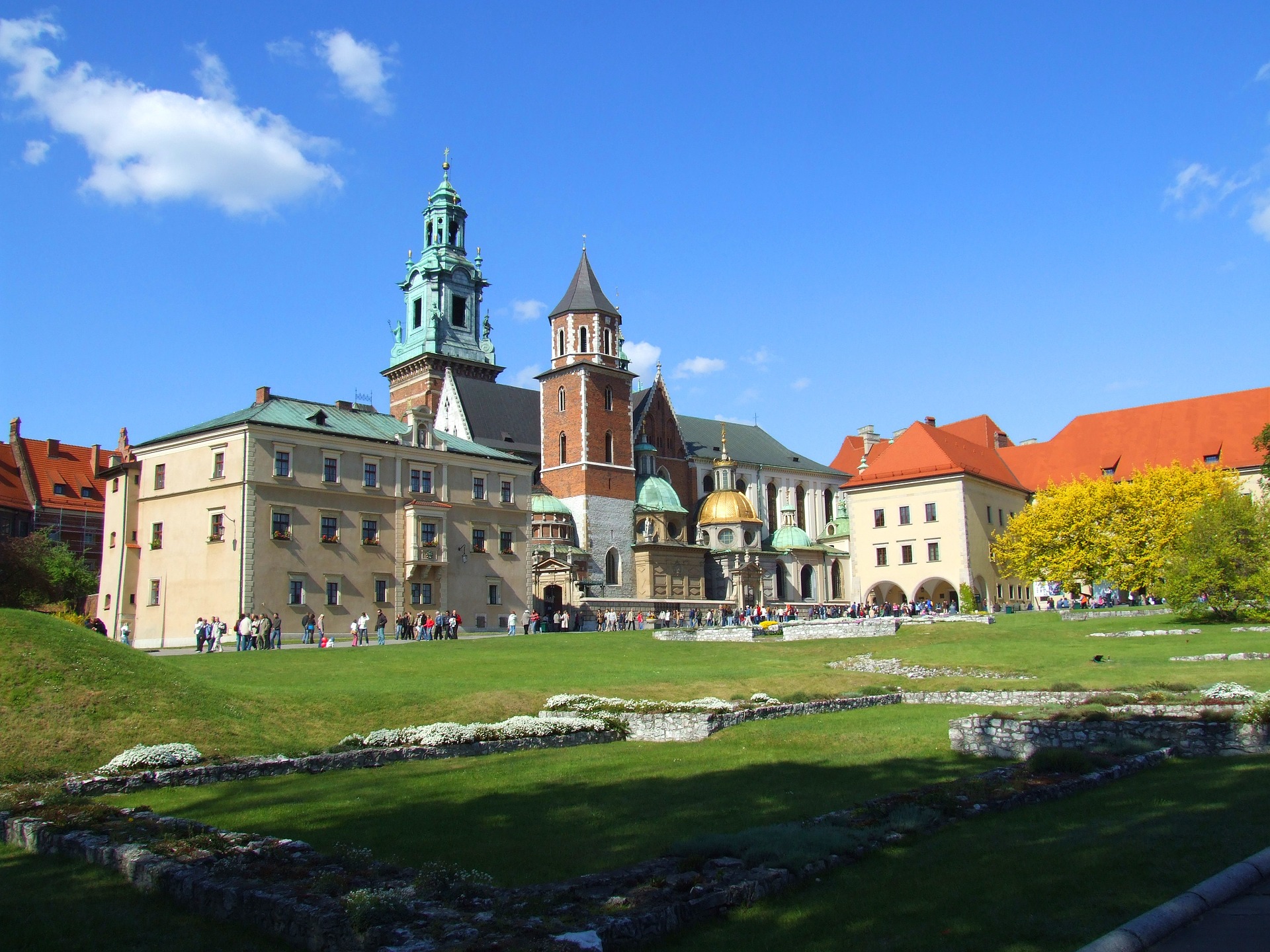 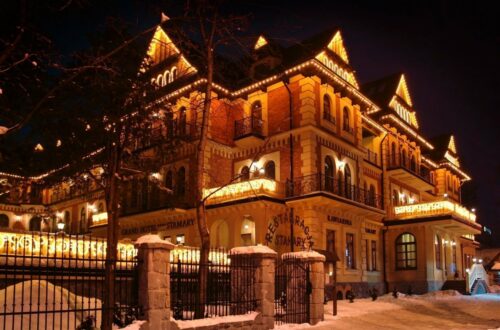 The Top 5 Luxurious Hotels in Zakopane