The medieval castle in Będzin, partly reconstructed, is one of the biggest tourist attractions of Upper Silesia. Silesia is not just mines, smelters, and slag heaps. There are also castles and palaces to be found at every step. The castle in Będzin can be described as a pearl of Polish defensive architecture.

The castle in Będzin is a beautifully situated medieval stronghold built by Casimir the Great. The construction of the castle began in the mid-thirteenth century. The place was strategically important due to a significant trade route connecting Wrocław with Krakow.

The initiator of the construction of the fortress was probably the Krakow prince, Bolesław the Chaste. He first built a round tower, the so-called “stolp,” which in the event of a siege became the “last line of defense.” The work was completed by King Kazimierz Wielki himself, erecting the walls of the upper and lower castle.

In this way, Bedzin became a vital element of the defense system, protecting the reborn Kingdom of Poland from the west. The stronghold draws attention from a distance and arouses respect.

Once, King Casimir, the Great, riding through Silesia enchanted by the landscape, pointed to the hill over the Czarna Przemsza River and said: “Here I will rest.”

Another legend, probably closer to the truth, is the Będzin uprising connected with the knight Benda. The founder of the local settlement was reportedly a cruel man, later punished by fate for his crimes by losing his family.

The current appearance of the castle in Będzin is very different from the original one. The building was severely damaged several times, including during the Swedish Deluge.

Thanks to the efforts of Count Raczyński, in the 1830s, the castle in Będzin underwent a thorough renovation. Its author was the Italian architect Franciszek Maria Lanci. He passionately used elements of the romantic era. Eventually, the castle was rebuilt after World War II, and from 1956 it was transferred to the headquarters of the Zagłębie Museum in Będzin.

In the castle, you can see an exciting exhibition of ancient weapons and protective equipment and learn about the history of Bedzin and the history of the object.

There is a permanent exhibition of weapons and armaments, mainly European, from the 10th to the 20th century. Among the exhibits you can see, e.g., Boleradz’s early medieval sword, helmets from the 13th century, plate armor from the 16th century, chainmail, rifles, shotguns, and crossbows.

The castle in Będzin hosted many major figures, including Henry Walezy and Jan III Sobieski. In the 16th century, the Austrian Archduke Maksymilian was also imprisoned here, who at the time claimed the right to the Polish throne. 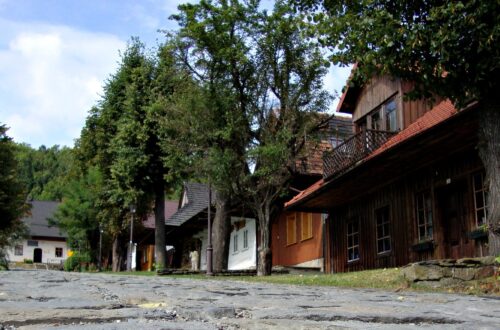 Lanckorona – The City of Angels 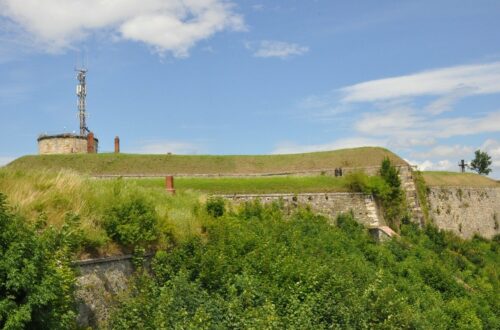