Mounds have a rich history all over Europe, with a vast majority built during the prehistoric era. They played key roles in shaping the continent’s history. They served as burial sites in some places, while others used it for cult rituals, places of defense, and setting territorial boundaries. Mounds built in this modern age served as a commemorative plaque for iconic events and famous people.

Poland is home to a handful of mounds. But if you want to see the best of it all, visit Krakow. One of the most unique features that draw visitors to Krakow is its popular mounds. Each mound has its own fascinating story to tell. When you climb to the top of each mound, you will be stunned by the great city view it offers. Krakow mounds are perfect for a nice evening stroll alone or with your partner.

Sadly, the four mounds in Krakow hardly make it to the bucket list of foreign travelers. However, they are worth visiting not just for the views but also for their outstanding features.

The four most popular mounds in Krakow include 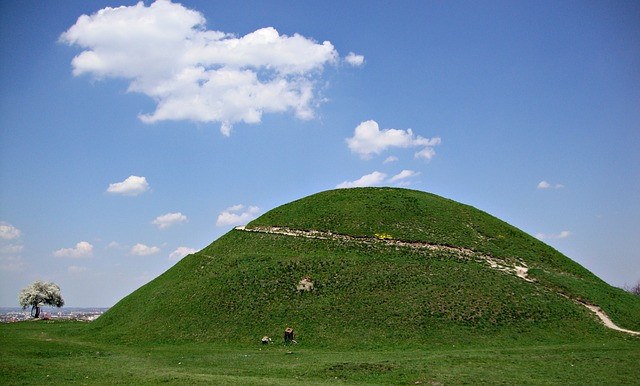 Located in the Podgorze district, on the limestone, Lasota Hill is Krakow’s oldest mound, Krakus. It is shrouded in mystery, with no one sure of when it was actually built. Though lower in size compared to other mounds, Krakus stands at 16m (52 ft) in height. It is believed to be the final resting place of the fairytale founder of Krakow, King Krakus, hence the name.

To catch a stunning view of the city and its neighboring sites, climb to the top of the hill. There, you will be amazed by the breathtaking scenery. Nearby are lovely walking trails that make for a perfect afternoon or evening stroll. Also, you’ll find ruins of forts dating back to the 19th century. Be careful as you walk along the steep cliff so as not to fall off. 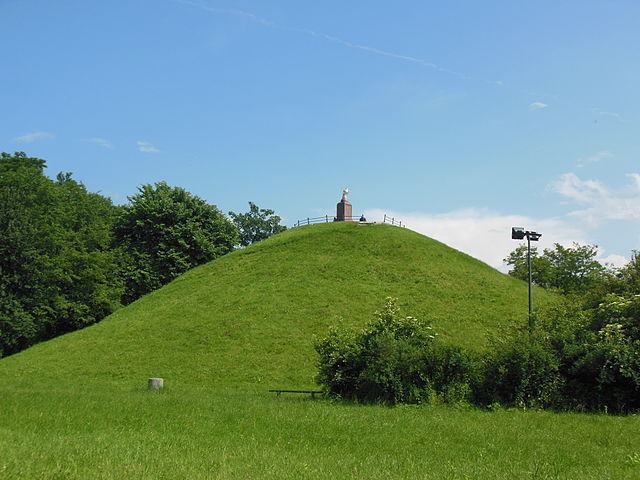 Located on the banks of the Vistula River, Wanda Mound measures 14m (46 ft) in height, making it the smallest of all four mounds in the city. This mound was built in memory of Wanda, the princess, and daughter of King Krak. Legend has it that the princess drowned herself in the Vistula River because she didn’t want to tie the knot with a German. She sacrificed her life for the good of the country. The legend of Wanda is a popular one in Poland; hence you shouldn’t miss out on visiting this mound.

Every year, on the 4th day in November and the 6th day in February, you will catch a stunning view of the sun as it sits above the Krakus Mound, but you must be at the top of the mound to witness it. You will experience the same phenomenon on the second day in May and the tenth day in August just as the sun rises above Mound Wanda.

These sunrises and sunsets have been captured by famous photographers, with many pictures littering the internet. Also, they carry a different symbolism. These dates are deep-rooted in the ancient calendar as they are considered approximate periods of Slavic holiday, including Dziady, Gromnica, and Perun’s day. This is a spectacular phenomenon that must be experienced.

Of all the mounds in Krakow, Wanda has something unique to offer, and for a good reason. It is not just known for its stunning views but also its proximity to the socialist realist city of Nowa Huta.

Kosciuszko Mound – The Most Popular 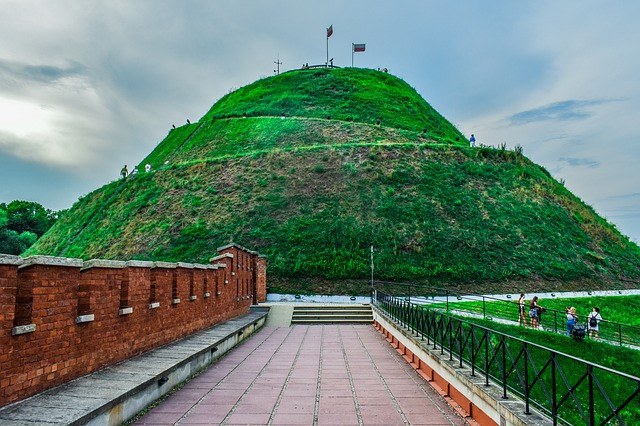 Kosciuszko Mound is one of the most popular mounds in Krakow, offering stunning views of the city as well. It was erected in 1820 in honor of a military hero, Tadeusz Kościuszko (1746-1817). The mound covers areas that were taken during the Kosciuszko Uprising.

Standing at 35m in height, Kosciuszko Mound has the highest peak of all the mounds in Krakow and can be seen almost anywhere in the city center. Located in the Zwierzyniec district, on the St. Bronislawa’s hill, this mound attracts thousands of foreign visitors annually, thanks to the extras it has to offer. The amazing panorama from the top of the mound is breathtaking, stretching in all directions.

Kosciuszko Mound is one that visitors might have to pay an entrance fee to gain access. However, the entrance fee covers access to the mound itself, an exhibition, an onsite chapel, and a small wax museum. All these are stunning sights worth exploring. After enjoying the scenes from the top of the mounds, find your way to the panorama café to refuel. The café offers lots of amazing foods on its menu, including tasty cheeseburgers. 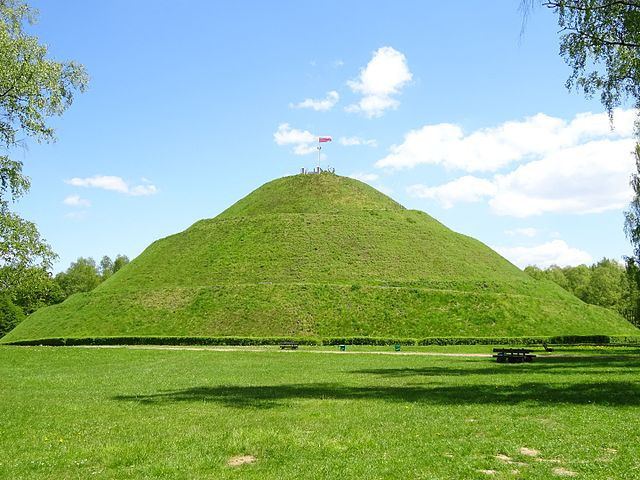 Pilsudski Mound is the biggest mound of all the mounds Krakow is known for. It is also one of the highest mounds in Krakow. If you stand at the peak of the mound on a clear day, you can see the Tatra Mountains in the south. It comes across to many people in different names, including Grave of Graves, Freedom Mound, Independence Mound, and Sowiniec.

Located in the Zwierzyniec district of Wolkski Forest, the mound is not just the largest in the city, but also the entire country. No other mound competes in terms of size.

Named after Josef Pilsudski, a popular statesman and politician, the mound was built to commemorate the nation’s fight to be independent. Completed in 1937, Pilsudski Mound comprises earth taken from the battlefield of both first and second world wars. The mound is surrounded by Wolski Forest, one of the most popular parks in Krakow visited by both local visitors and tourists alike.

The area is also perfect for hiking and cycling. The mound is also surrounded by great points of interest, including the Zoological Gardens, the Przegorzaly Castle, the Camaldolese Hermitage, and loads of beautiful vineyards. You can reach these places either by taking a leisure stroll or cycling. If you’d like to go farther afield to explore Kryspinow Lake – a perfect place to take a refreshing dip after a hot sunny day.

If you are a great fan of panoramas, these mounds never disappoint. 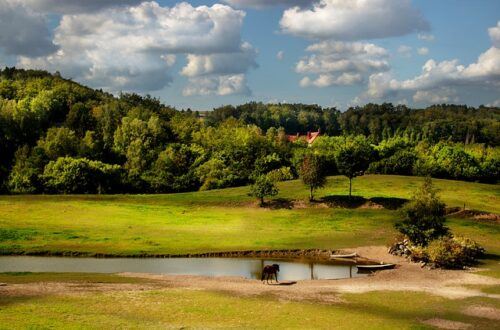 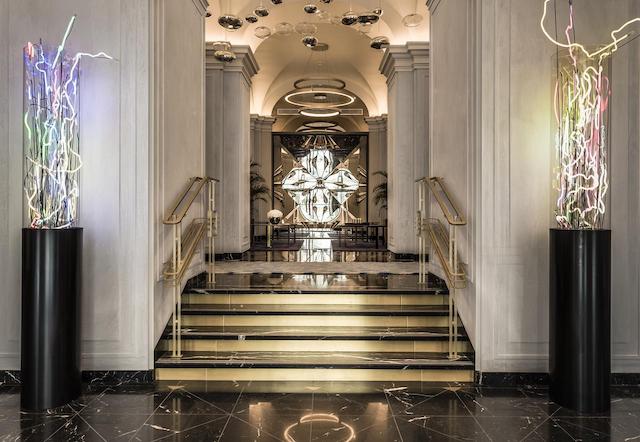 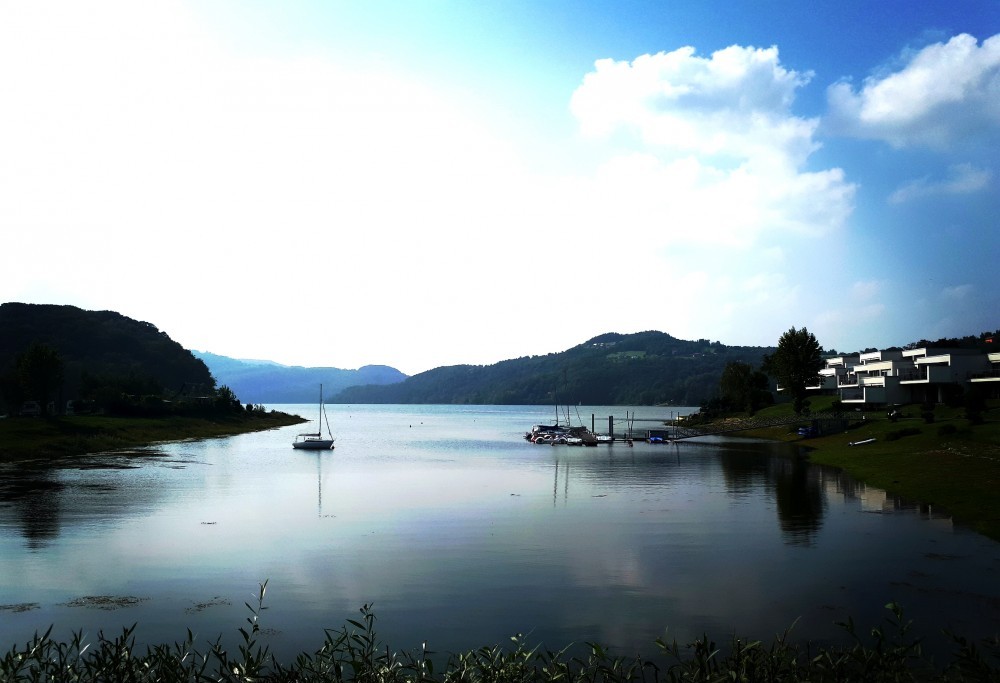