You can hardly miss St. Mary’s Church (or actually Maria’s Basilica) in Krakow. With its two uneven towers, the church rises high above the large market square. St. Mary’s Church is a favorite sight for visitors to the city, and rightfully so. The Polish-Gothic structure is a symbol of Krakow and Poland and houses many valuable cultural treasures.

In the year 1355, the construction of the current Maria Church was started. The structure, with its two uneven towers, is a wonderful example of Polish-Gothic architecture. The two towers, in particular, with a different design and an uneven height, make it a recognizable building.

Legend has it that two brothers, both architects, were commissioned to create a tower each. That degenerated into a bitter competition to set the highest tower. When one of them reached his highest point of 81 meters, he stabbed his brother to death, so that his tower does not go beyond 69 meters.

The Legend of The Hejnal

Every hour on the big market square in the middle of Krakow, a small window opens of the highest church tower of the St Mary’s church. A short, worn tune is blown with a trumpet. As suddenly as it starts, it is over again. With a final, short breath, the trumpet player stops abruptly, waves at the people in the square, and closes the window until the next hour. This is the Hejnał, which has been heard for centuries in and around the center of Krakow.

Many tourists in Krakow walk through the city with the same question: “is there really someone at the top of the tower blowing his trumpet?” The answer is, “yes.” In the highest tower of St. Mary’s Church, there is a trumpet player every day, all day long.

He opens a window every hour and blows the famous tune four times called “hejnał” in Krakow. It is perhaps the most memorable melody in Poland and has a tradition that goes back to the Middle Ages. And Krakow would not be Krakow if a popular legend would not be told about the trumpet tune.

The legend about the Hejnał in Krakow goes back to 1241 when the church tower was also used to put watchmen on the lookout. An attentive guard observed in the middle of the night that the Tatar army was trying to attack in the darkness. He quickly sounded the alarm with his trumpet.

The city awoke to hear the familiar tones. Unfortunately, the attack did not succeed, but many Krakow people were able to find a safe escape in the nick of time. The attentive guard saved so many lives. Unfortunately, he did not survive it himself. Halfway through the blowing of his tune, he was hit in the throat by a Tatar arrow.

As he pierced his throat, he blew his last breath in the trumpet. This last tone could be heard throughout the city as a strange, high, short note from the trumpet. A note that abruptly closes the famous trumpet call every hour to this day. That is at least the legend. A fantastic story that we would like to believe.

But as with many legends, this story is not entirely true either. The version of the deadly arrow first appeared at the beginning of the last century, thanks to an enthusiastic American visitor who wanted to impress his friends.

Historians find it more plausible that the tune was previously taken over after the abrupt end by a trumpeter in another defensive tower near the city wall. A convenient way to communicate throughout the city at a time when walki-talkies were still considered black magic. 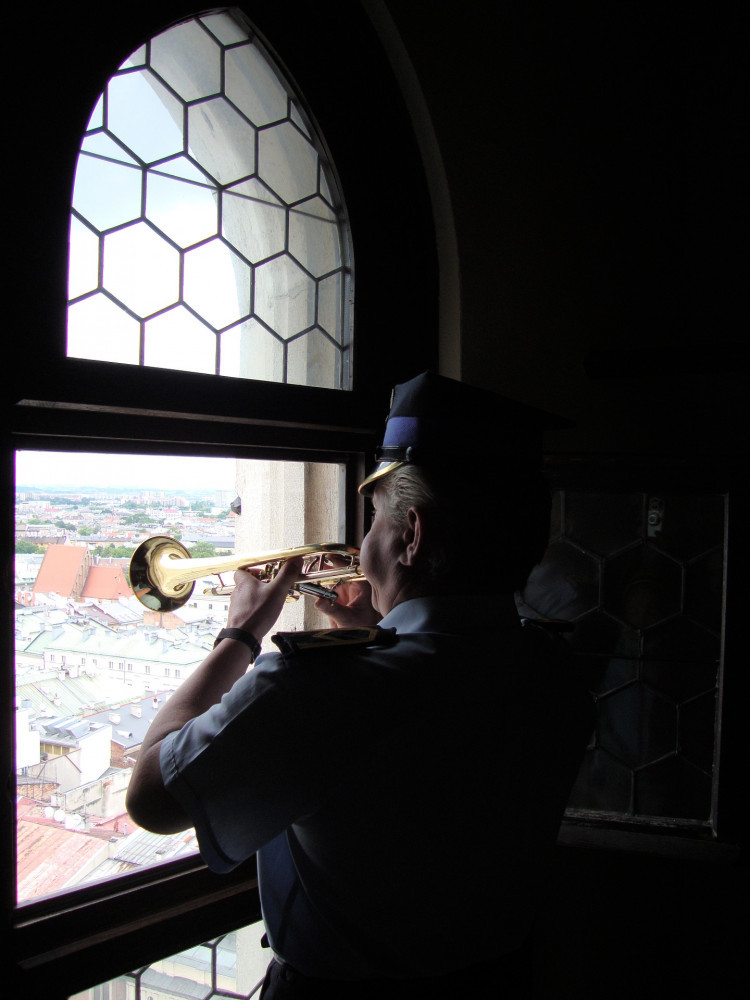 How Do You Hear and See The Hejnał?

The Hejnał consists of five notes and is blown four times every hour from the highest tower of the Maria church, on the broad market square. Once in every wind direction. He can also be heard on the Polish radio at exactly noon every day. Every time the graceful Hejnał ends abruptly, with that weird high note at the end.

He can be heard throughout Stare Miasto, just after the bells of St. Mary’s Church. However, if you want the best sound, make sure you are on Plac Mariacki for the entire hour. On this small square, to the right of St Mary’s Church, you have the second-best sound among the buildings.

If you really want to hear (and see) really well, buy a ticket for climbing the tower and make sure you are at the top for the entire hour. Then you can even get a signed postcard with “m in the photo or (for 5 PLN)

How To Visit St Mary’s Church?

The Maria Church is still used as a church. At times when there is no service, it is very worthwhile to visit the church. The interior is beautiful, with a gigantic wooden high altar and several baroque altars. The main entrance, directly on the square, is intended for people who come to church to pray.

In order not to disturb the praying church visitors too much, non-churchgoers can enter through the entrance on the right-hand side, where you can look around beautifully at all the beautiful things. For that, you need a ticket which you get at the ticket office just next to the church, at Plac Mariacki. The entrance to the church is ten złoty. Students, seniors, and children pay five złoty.

You get the best view of the center of Krakow and the prominent market square by climbing to the top of St. Mary’s Church. After a thorough renovation, the highest of the two towers of the church has been open to the public again since 2016.

From 1 April to 31 October, you can climb the tower every day, except Mondays. In November, December and March, this is only possible on Thursday, Friday and Saturday. It is closed in January and February. The tower will also be closed in bad weather and on religious holidays.

To climb the tower, a separate ticket of 15 złoty is needed. The entrance is on the side of the wide Florianska street. There is no just walking in, groups of up to 10 people go up every half an hour, and you buy a ticket for a predetermined time. You can get tickets at the same ticket office as to where you get tickets for the church.

Tip: try to time your visit in such a way that you are at the top of the hour. Then you will see how the Hejnał is blown out of the window. 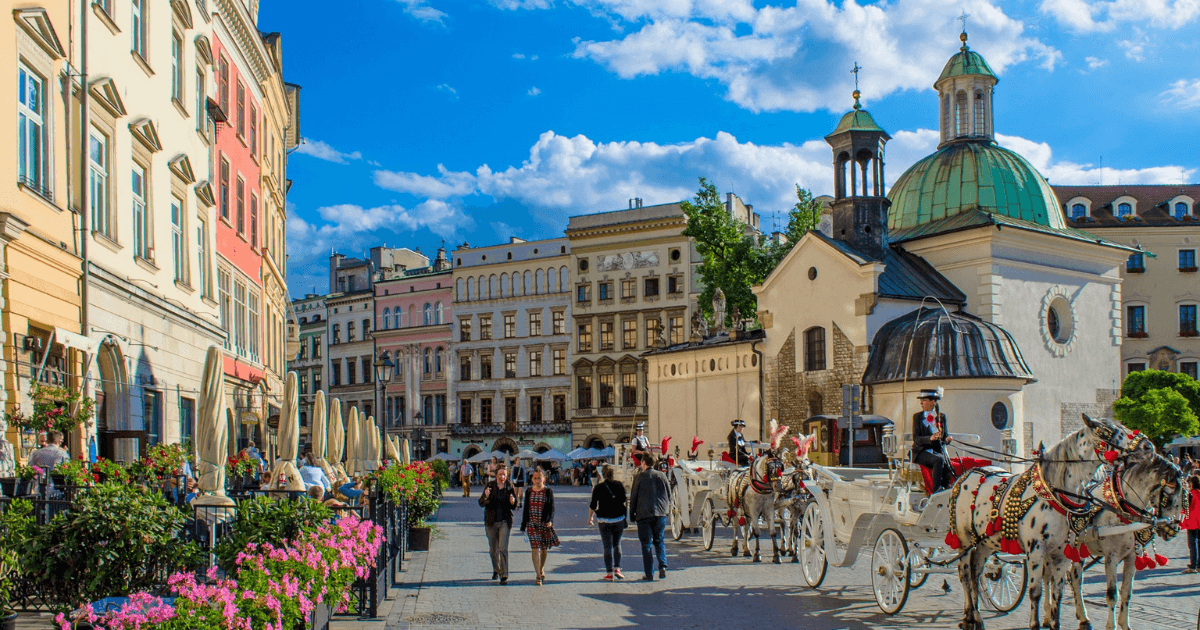 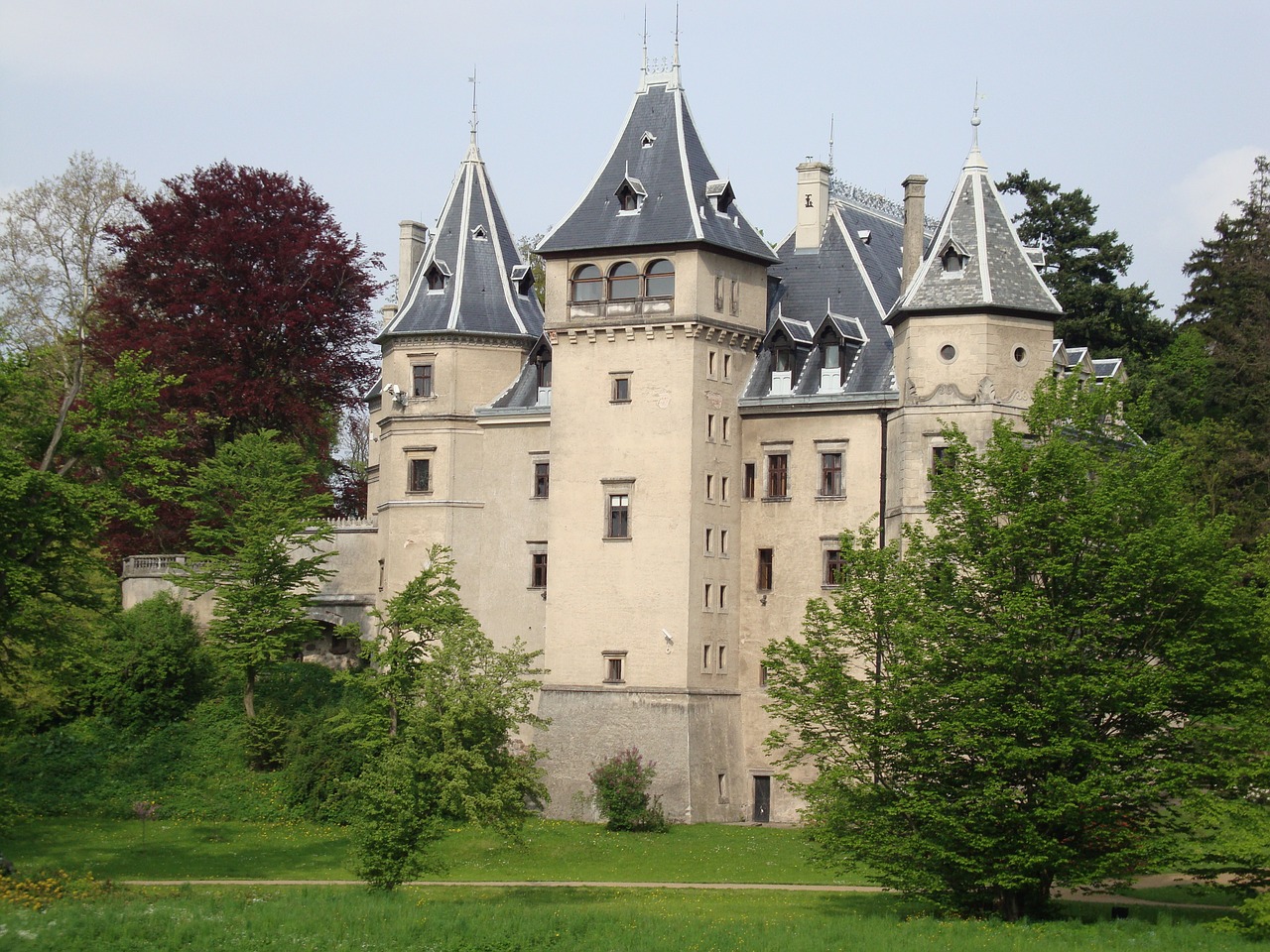 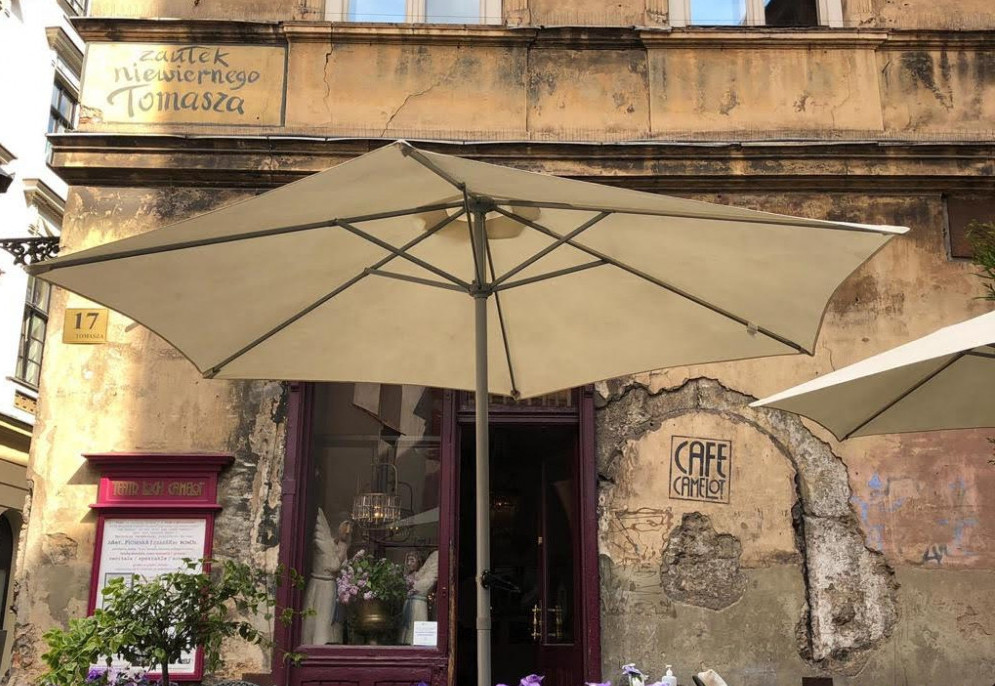