Toruń is a beautiful city with traditions, picturesquely located on the Vistula river in the Kuyavian-Pomeranian Voivodeship. The history of Toruń and the surrounding area was associated with the Teutonic Knights, who built their strongholds and castles here. Over centuries, it was the home for people of diverse backgrounds and religions who influenced the history, culture, and beautiful monuments of the city.

Toruń is famous for its gingerbread and astronomer Mikołaj Kopernik, who “stopped the sun and moved the earth.” Torun in Poland is called ‘Krakow of the North.’ and is listed on the UNESCO list of World Heritage Sites since 1997. Discover the gothic architecture of this magnificent town and check out a list of 10 top things to do in Torun.

1. The living museum of gingerbread

According to tourists, the place of the best experience is a museum where we can learn something about one of the most important symbols of Toruń – gingerbread.

It was once appreciated not only for its unique, spicy taste but also for the beautiful decorations that have appeared on it since the Middle Ages. You can not only taste sweetness but also try to bake it yourself using ancient methods and learn the secrets of gingerbread.

Being in the city sometimes called the Copernicus castle-town, we should not forget about the accomplishments of the famous astronomer and the revolution he caused.

Toruń Planetarium, which is one of the biggest attractions of Toruń, in which popular astronomical shows – depending on the topic – talk about the size and structure of the Universe, describe the most famous constellations in the sky, bring the mysteries of planets and galaxies.

All these visual possibilities, supplemented by special effects projectors and a modern sound system, make the Toruń Planetarium one of the most advanced and exciting buildings in this part of Europe.

old town of Torun has mostly preserved its medieval appearance and street layout. To this day, you can see the magnificent Old Town Hall, Gothic churches, granaries, and merchant houses. In 1997, the Old Town area was awarded on the UNESCO World Heritage List.

The Toruń Old Town is undoubtedly the heart of the city with a real medieval spirit. Strolling around the charming streets of the Old Town, we feel like in the Middle Ages. You can lose yourself quickly and dive into an extensive history portal. Just keep your eyes open!

4. The House of Legends

Don’t miss the opportunity to visit the interactive museum, participate in person, and become a character of stories that reveal the history of Torun. Great way to learn about the Torun legends and an ideal place to visit with kids. You can laugh pretty well!

A must-see while visiting Toruń is the monument of the famous astronomer – Nicolaus Copernicus. The bronze statue was erected in1853, which makes it the second oldest in Poland. The figure is 2.6 meters high and has become a symbol of the city. It’s a beautiful spot for tourists and locals. 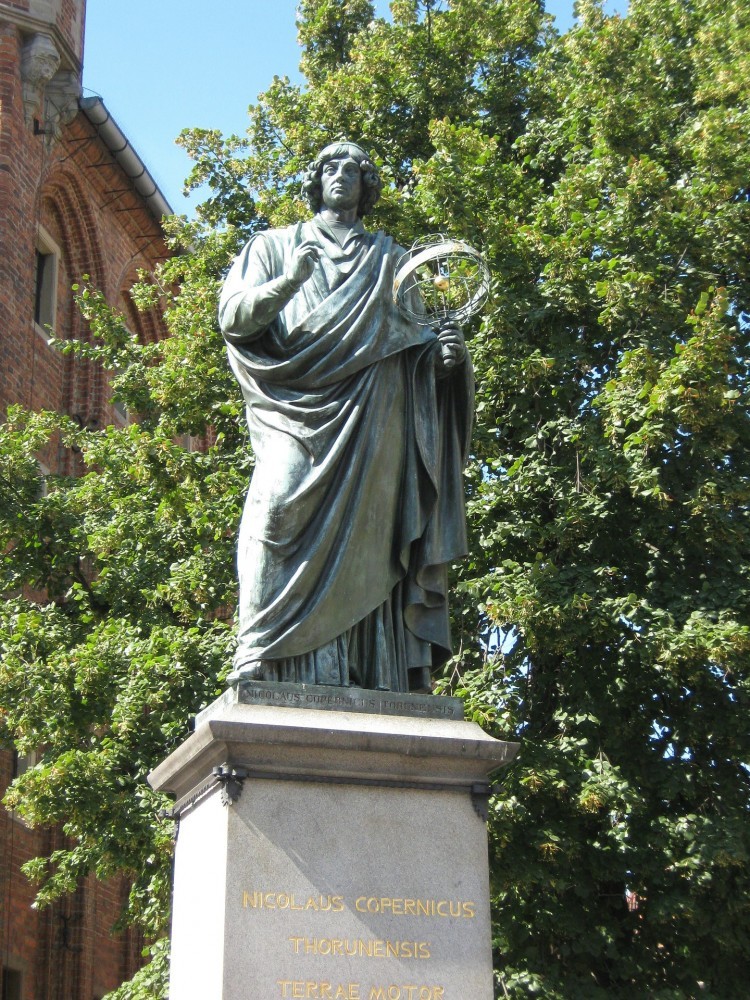 The Leaning Tower in Toruń was built on four-walled foundations as part of the defensive walls that surrounded the city with a ring. It was built on a sandy ground in the second half of the 13th century. Its height is 15 meters. Under the weight of the building, the sands have collapsed slightly, causing the tower to lean northwards from the city.

Some legends were associated with the leaning tower; among others, one of them tells about the Teutonic Knight, who fell in love with a Toruń resident. They met secretly in the streets of the city. When their romance was discovered, the religious superiors ordered him to build a building that would be tilted from the vertical. It was a symbolic reference to his sin, and life deviated from the hard rules of the order.

The leaning tower later was converted into a prison and then a smithy. One of the city landmarks can be viewed from the outside; the building currently serves as a restaurant and Municipal Institution of Culture. 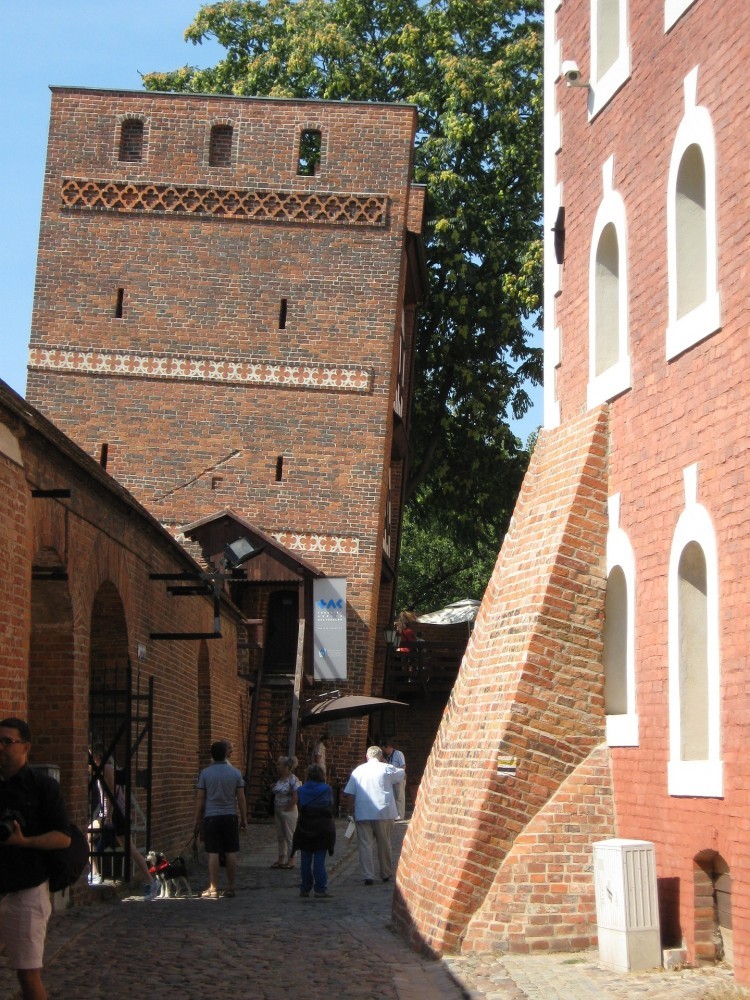 The fountain was launched in 2008 on the Rapacki square. “Cosmopolis” refers to the famous work of Nicolaus Copernicus “On the Revolutions of the Celestial Spheres.”

It has a transparent water surface, obscured by granite slabs with an engraved Latin text and a scheme of the heliocentric system, known from the 8th page of the work of the astronomer from Toruń.

The circles which symbolize orbits contain 113 nozzles from which water springs. The vent in the center, which symbolizes the sun, shoots water to the height of over 5 meters!This fountain is a beautiful attraction for a summer evening. Visitors can admire the unique and stunning free spectacle. 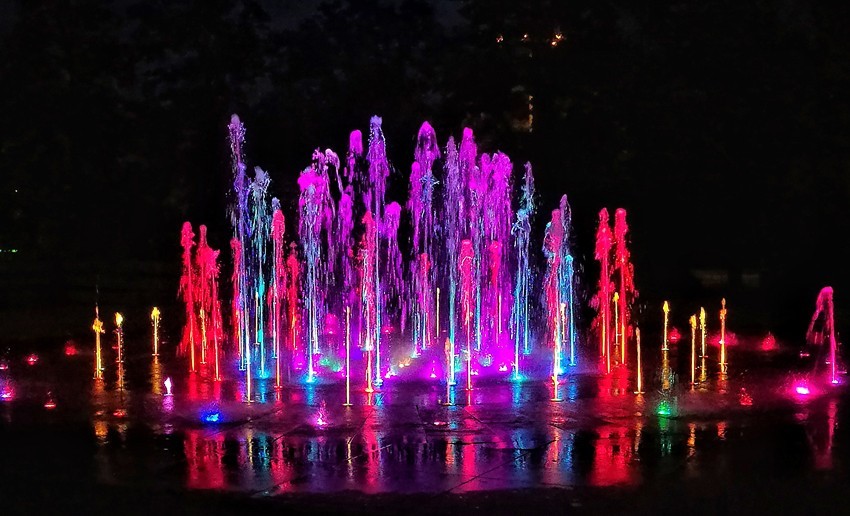 The Toruń castle was the first built in the Chełmno Land by the knights of the Teutonic Order. The construction started in the mid 13th century and continued for about a hundred years.

The builders used the earthworks of the former fortified settlement. As a result, it has a surprising horseshoe shape. The inhabitants of Toruń demolished the Toruń castle during the anti-Teutonic uprising in 1454.

Although the building has survived to the present time in the form of a permanent ruin, it is an excellent material testimony of the power of the Teutonic Order. Stroll through the ruins with an incredible history and use your imagination in a place full of mysteries. 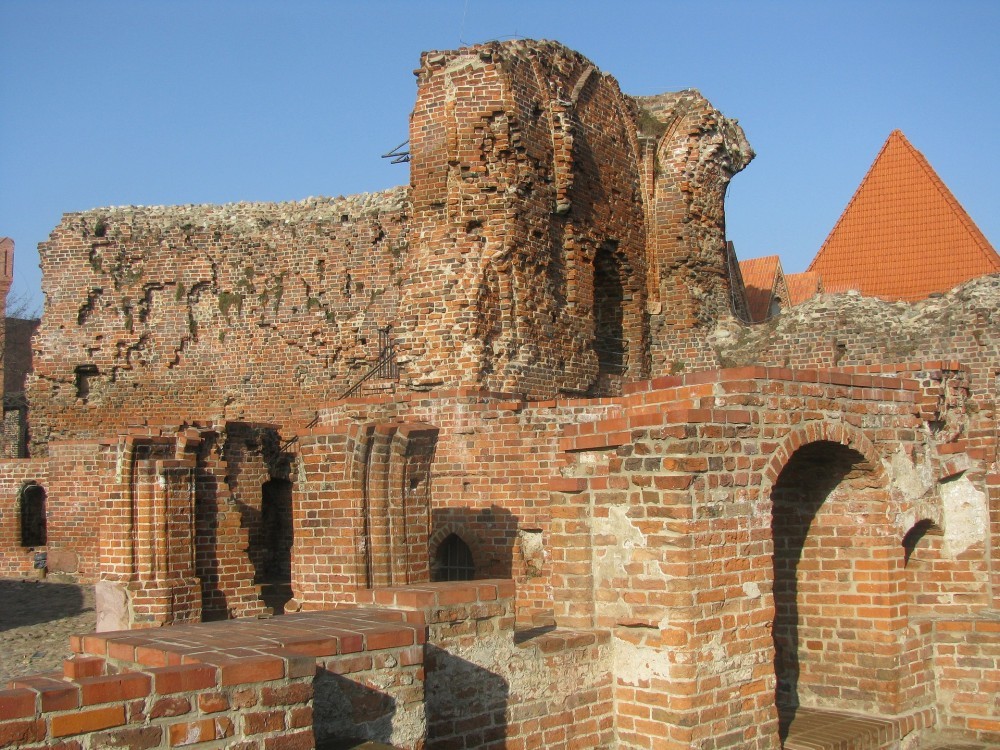 The Gothic Cathedral of St. John the Baptist and St. John the Evangelist was built in the Gothic style. Its biggest attraction is the medieval bell- Tuba Dei (Trumpet of God). It was cast in 1500 and weighing seven tons.

The medieval bell is decorated with four bas-reliefs of saints: St. John the Baptist, St.John the Evangelist, St. Barbara, and St. Catherine. The cathedral is one of the finest examples of gothic architecture in the Chełmno Land.

Inside the church has gothic paintings from the fourteenth and fifteenth centuries and medieval sculptures. You can climb up the bell tower, admire gorgeous views over the well-preserved Old Town, and the expansive Vistula river scenery. 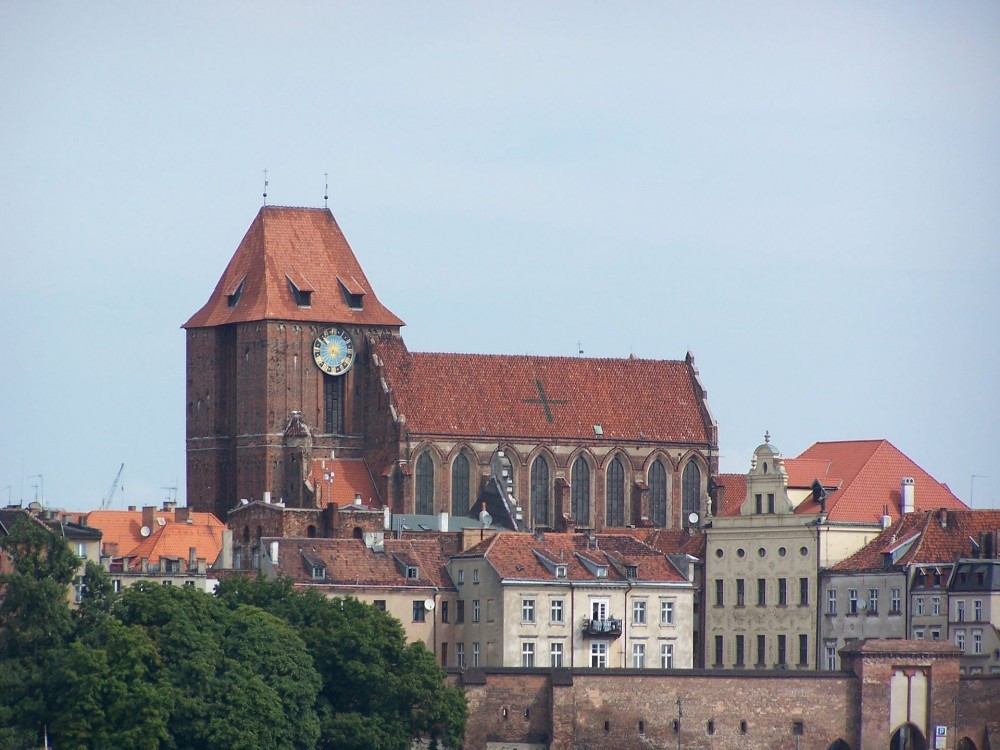 The House of Nicolaus Copernicus in Toruń commemorates the figure of a brilliant Renaissance man, who was the astronomer, doctor, economist, lawyer, and creator of the heliocentric theory.

The Nicolaus Copernicus Museum is a biographical museum of the most outstanding Torunian, located in two beautiful Gothic tenement houses: a larger merchant house, considered to be the probable birthplace of Copernicus and an adjoining smaller house.

The larger tenement house primarily represents the Hanseatic type of medieval bourgeois house. Visitors can learn about the life and work of the astronomer and look at the bourgeois interiors from the 16th to the 19th century. An attraction is the opportunity to learn about Toruń’s gingerbread crafts (baking and consumption of gingerbread). 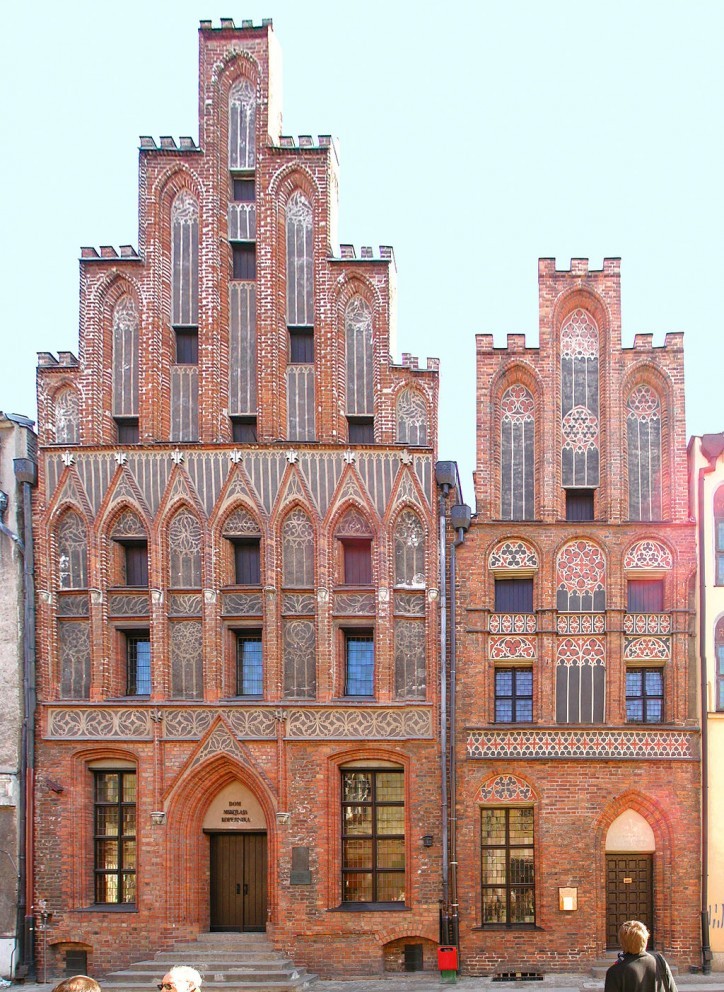 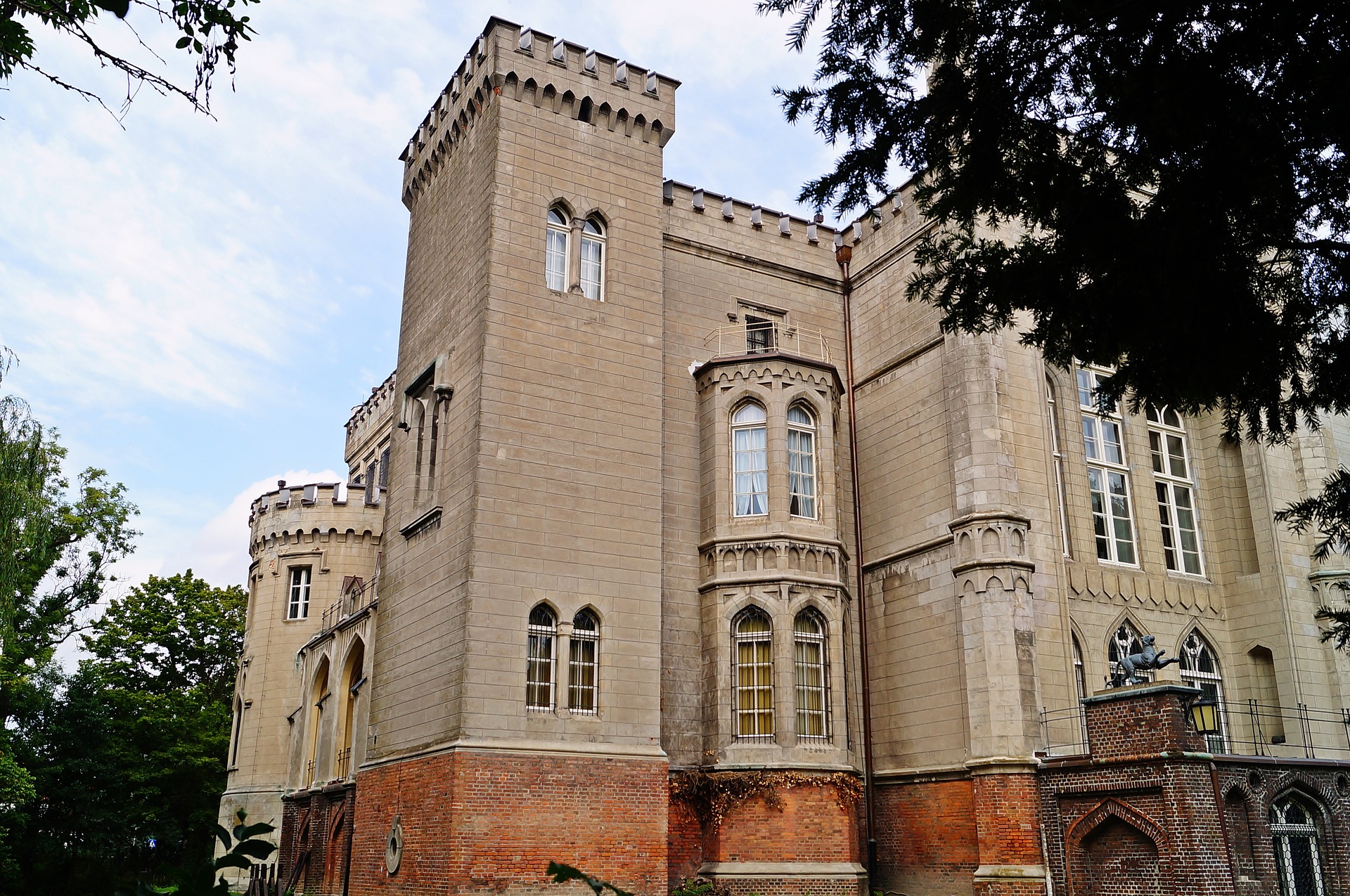 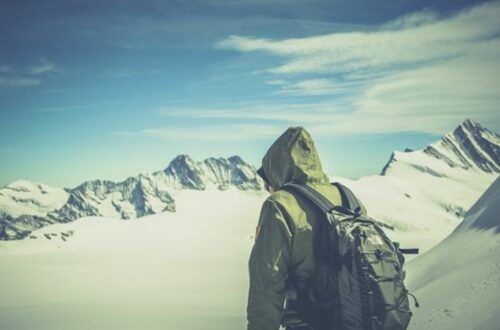 Amazing Things To Do In Zakopane & Tatra Mountains in Winter